Results of the popular vote on 28 November 2021

The Swiss electorate voted on the nursing initiative, the judge initiative and the amendment of 19 March 2021 to the COVID-19 Act. The Fifth Switzerland votes similarly to the country as a whole, which, at around 65%, recorded the fourth-highest voter turnout since 1971.

Although popular initiatives are rarely adopted, the nursing initiative is clearly supported by 61%. The Swiss Abroad voted in almost the same proportion. 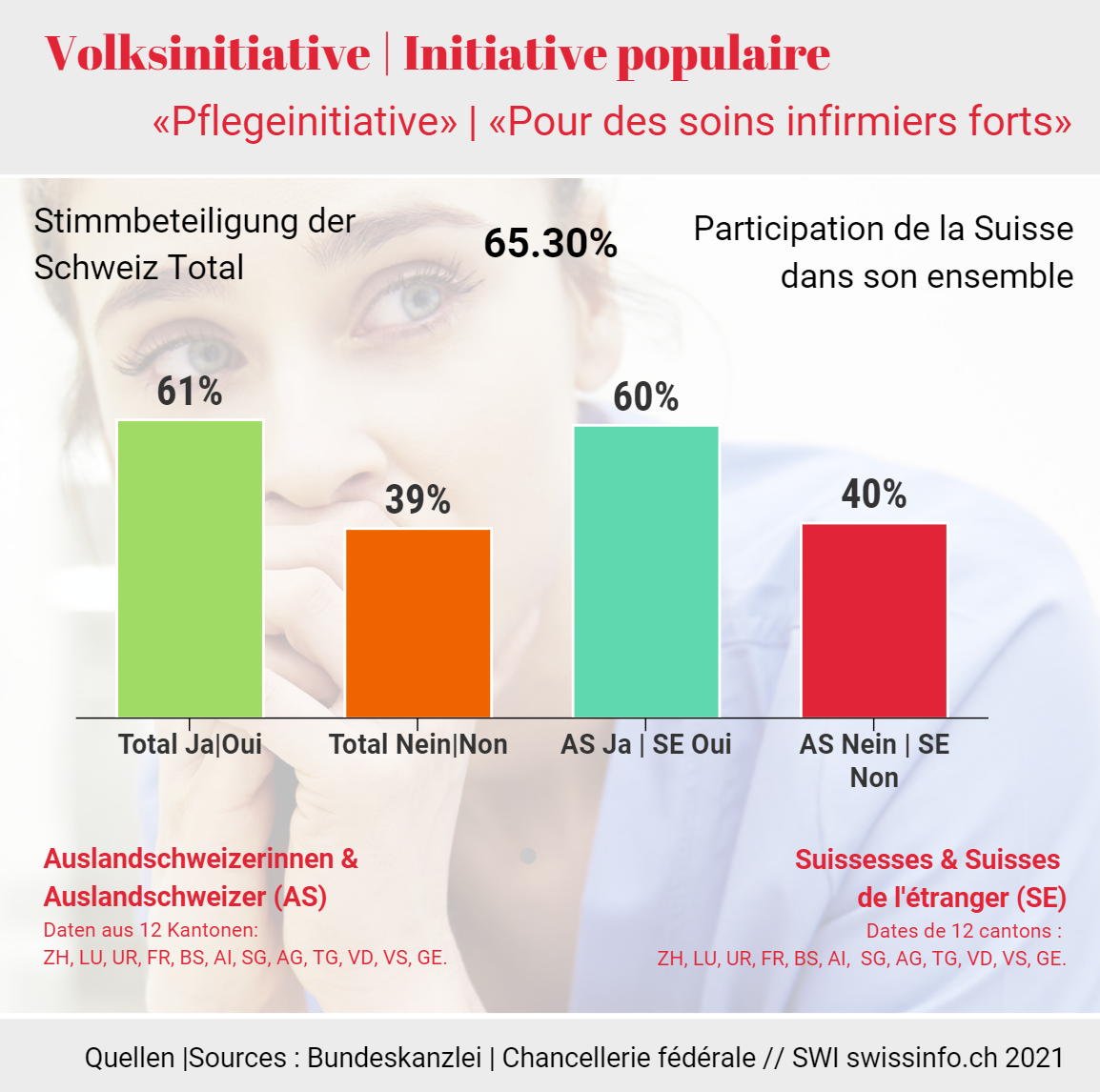 The judge initiative is clearly rejected, with only just under 32% of the Swiss saying yes. The Fifth Switzerland registers only a slightly higher amount of Yes votes with 33.1%. 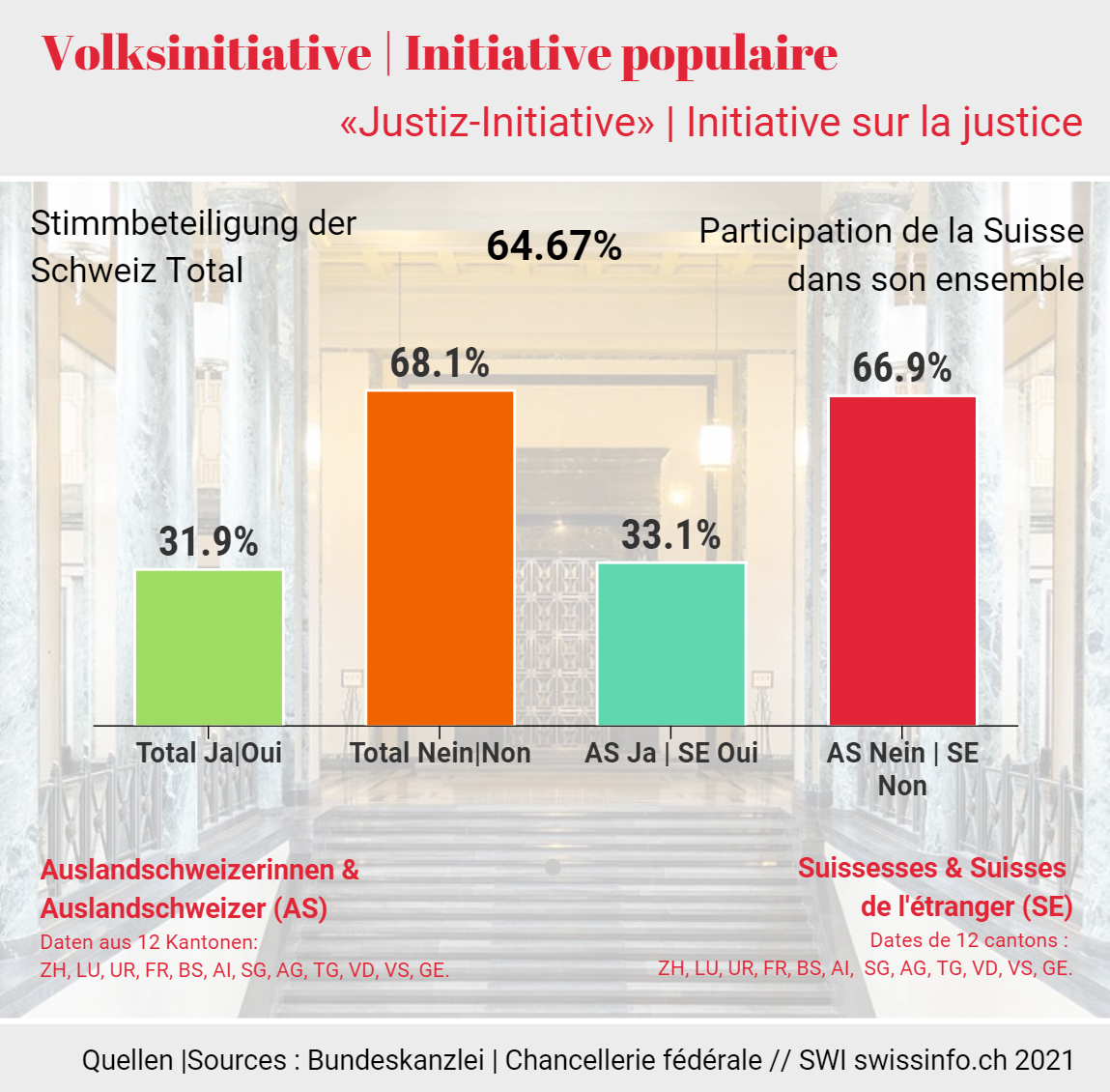 The amendment of 19 March 2021 to the COVID-19 Act is clearly approved. With less than 32% voting against, the Swiss Abroad are even more clearly in favour of the amendment than Switzerland as a whole. 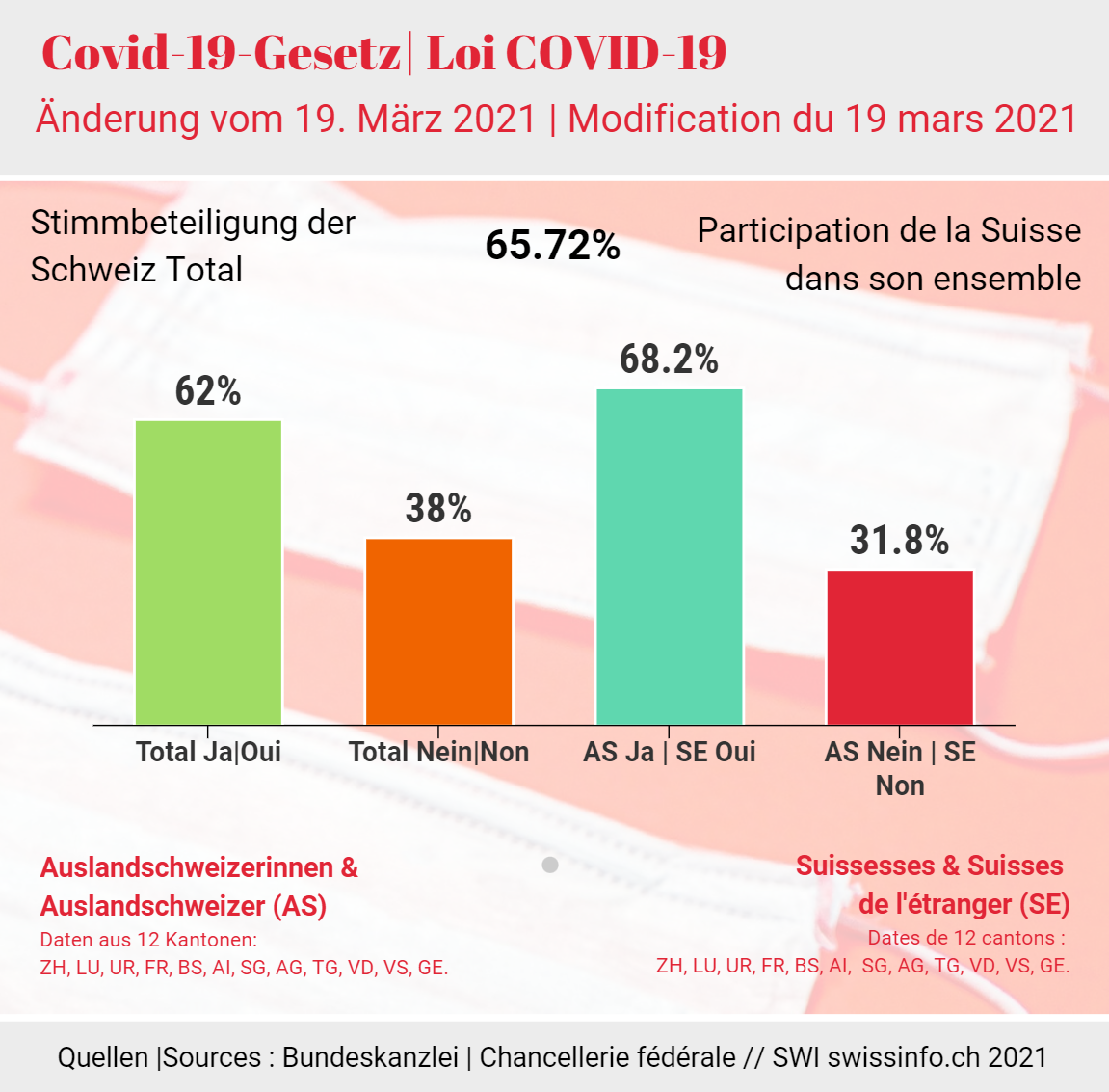 Not a member yet?
Join SwissCommunity